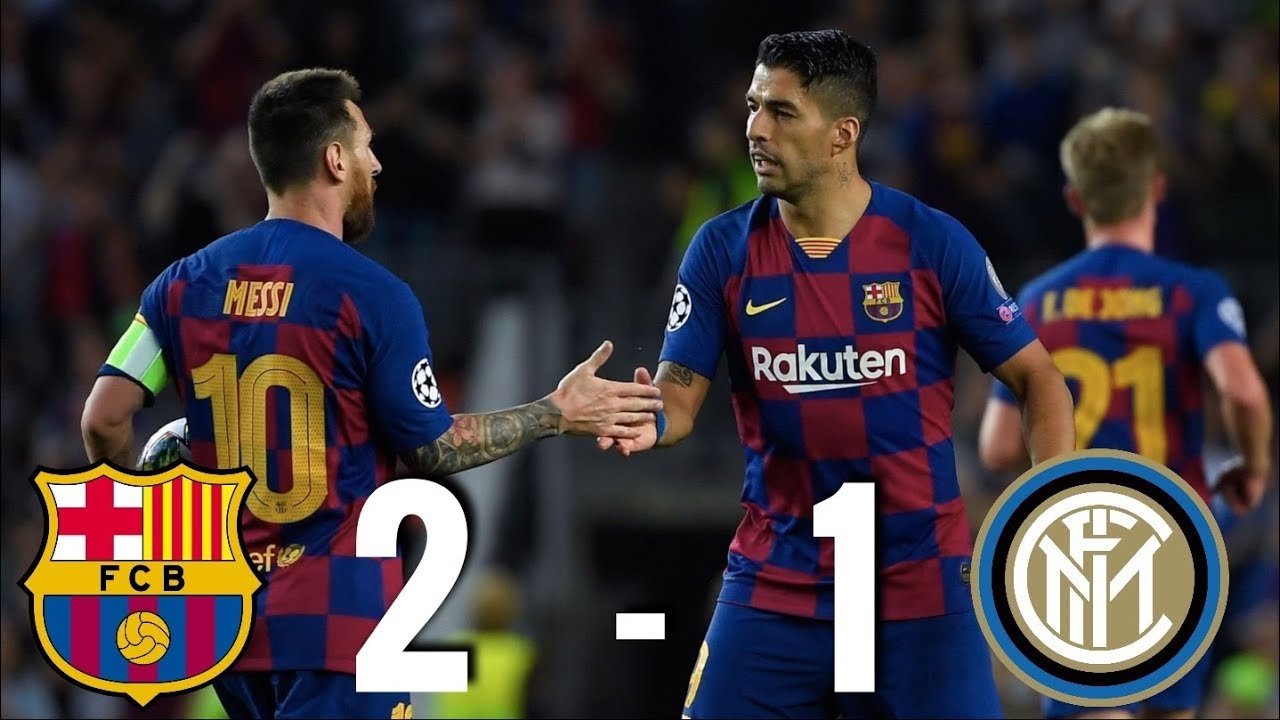 Shot on Goal FC Barcelona pushes forward through Lionel Messi, whose finish on goal is saved. Free Kick In Barcelona a free kick has been awarded the home team.

Goal Kick It's a goal kick for the home team in Barcelona. Shot Alexis Sanchez Inter Milano is first to the ball but his header is off-target.

Shot on Goal FC Barcelona drives forward and Luis Suarez gets in a shot. Without netting, however. Goal Kick Goal kick for FC Barcelona at Camp Nou.

Shot Stefano Sensi of Inter Milano gets in a strike, but is off target. Shot FC Barcelona's Nelson Semedo gets his shot away but it misses the target.

Corner Kick Inter Milano have been awarded a corner by Damir Skomina. Shot on Goal In Barcelona, Lautaro Martinez Inter Milano gets his head to the ball but the strike is cleared by an untiring defence.

Barca already announced that Lionel Messi won't play as he wasn't in the squad for the trip. A win would clinch a spot for Inter, while the Italian side will also be through if it matches the result of Borussia Dortmund against Slavia Prague.

Barca is with 11 points and in first, while Inter is and with seven points, with Dortmund having the same record but trailing in the head-to-head tiebreaker.

Here's everything to know about the match. Barca can be mediocre without Messi, but the talent is there to really cause Inter trouble regardless.

Join the discussion. Join the discussion Create a commenting name to join the debate Submit. Protecting a first-leg lead, Inter were forced to play more than an hour a man short after Thiago Motta saw red for a hand-off on Sergio Busquets.

Bojan Krkic then saw an injury-time strike ruled out, but Inter held on for a first European Cup final since The Italian giants will now face Bayern Munich at the Bernabeu on 22 May as Mourinho attempts to lead them to European football's top prize for the first time in more than 40 years.

Barcelona's efforts to become the first team to retain the Champions League trophy, meanwhile, ended in frustration in the face of a sensationally stoic defensive show from the Italians.

Mourinho's reaction at the final whistle said it all as he sprinted around the Nou Camp pitch with his hands aloft, a pointed salute to the Barca supporters and media critics who had labelled him "The Translator" in mocking tribute to his time at the club in the s.

This was further testimony to the Portuguese manager's claims to be "The Special One" as his side's tactics, belief and resolve withstood a home onslaught that saw Barca run out of ideas until Pique's goal.

Emotions and tensions were expected before kick-off to run high, but even for a Champions League semi-final this match surpassed expectations. An extraordinarily vocal 98, Nou Camp played their part, while Mourinho - so often the pantomime villain - riled the Barcelona faithful and staff alike as a constant and vocal presence on the sidelines.

But, more than that, controversy stalked the match regularly, even before Bojan's late strike was ruled out. The replacement of winger Goran Pandev - apparently injured - with defender Christian Chivu in the Inter line-up minutes before kick-off caught everyone by surprise, while the visitors' high-pressure tactics and gamesmanship continually frustrated the hosts.

And the decision of Belgian referee Frank de Bleeckere to dismiss Motta was even more contestable.

The Brazilian, already on a booking, did indeed raise a hand when defending the ball and he certainly made contact with Busquets' face as he did so, but a straight red card appeared a harsh decision.

Motta's reaction following the dismissal, man-handling Busquets in protest, only fanned the flames of a high-octane encounter. The pattern was set early on, with Inter happy to sit deep and flood their defensive areas in protection of their first-leg lead, while the hosts' passing game was typically fluent but all too often in front of the visitors rather than in behind them.

Twice Xavi had a sight of goal but the midfielder was crowded out on both occasions, Pedro flashed an instinctive volley wide from Dani Alves' cross, while Zlatan Ibrahimovic had a snap-shot well blocked by Walter Samuel.

The best effort of the first half by far, though, came from Messi, the Argentine's goalbound curler from 20 yards superbly tipped wide on the stretch by Inter keeper Julio Cesar. 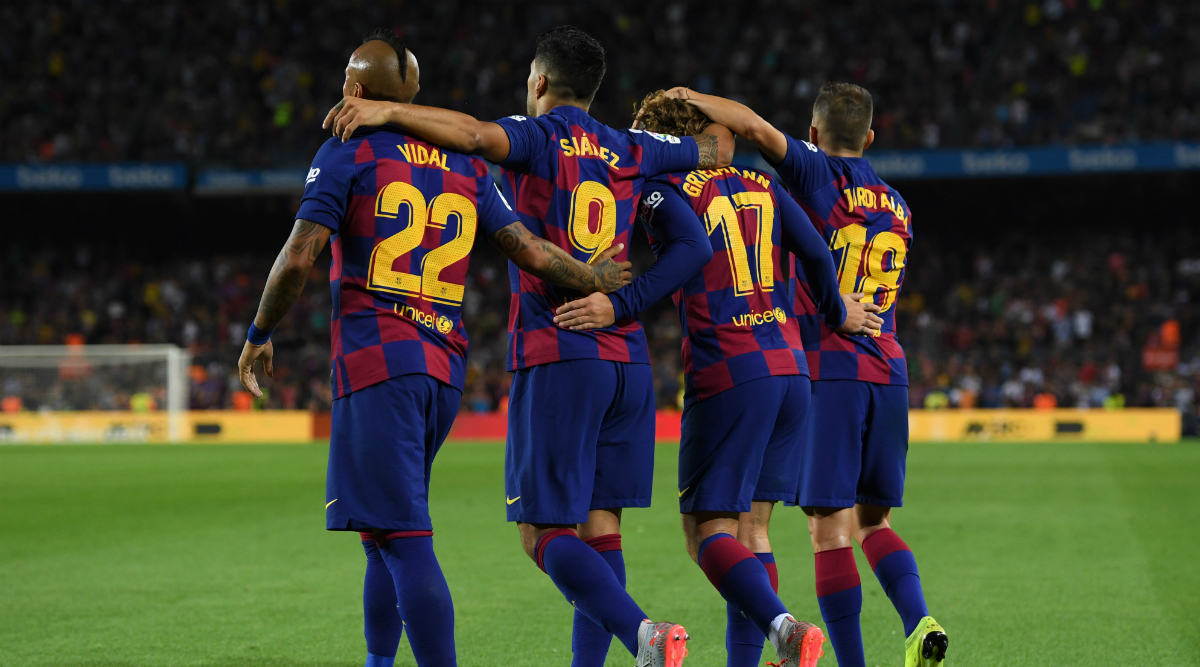